Legends of the Dark Angels: A Space Marine Omnibus 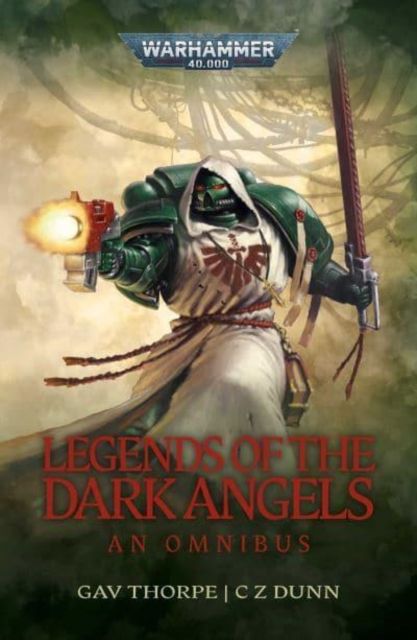 Explore the history of the Dark Angels in this great value omnibus. Contains: 'Angels of Darkness' by Gav Thorpe
'The Purging of Kadillus' by Gav Thorpe
'Azrael' by Gav Thorpe
'Azrael: Protector of Secrets' by C Z Dunn
'The Eye of Ezekiel' by C Z Dunn
'Dark Vengeance' by C Z Dunn
'Easy Prey' by C Z Dunn
'Malediction' by C Z Dunn Ancient are the stories of the Dark Angels. The warriors of this clandestine Chapter hold to secrets as readily as they do their swords, the shame of ages past following them into the Dark Millennium. Their ranks are replete with heroes. Legends tell of Supreme Grand Master Azrael, Keeper of the Truth and bearer of the Lion Helm; Ezekiel, Chief Librarian and wielder of potent warp-magic; and Balthasar, heroic sergeant of the Fifth Company, to name but a few. In war zones the length and breadth of the galaxy, the Dark Angels fight for the Emperor, for atonement and for the greater glory of the Imperium. This omnibus edition includes four novels, one novella and several short stories by two of Black Library's finest authors.
Vis hele omtalen… Vis mindre